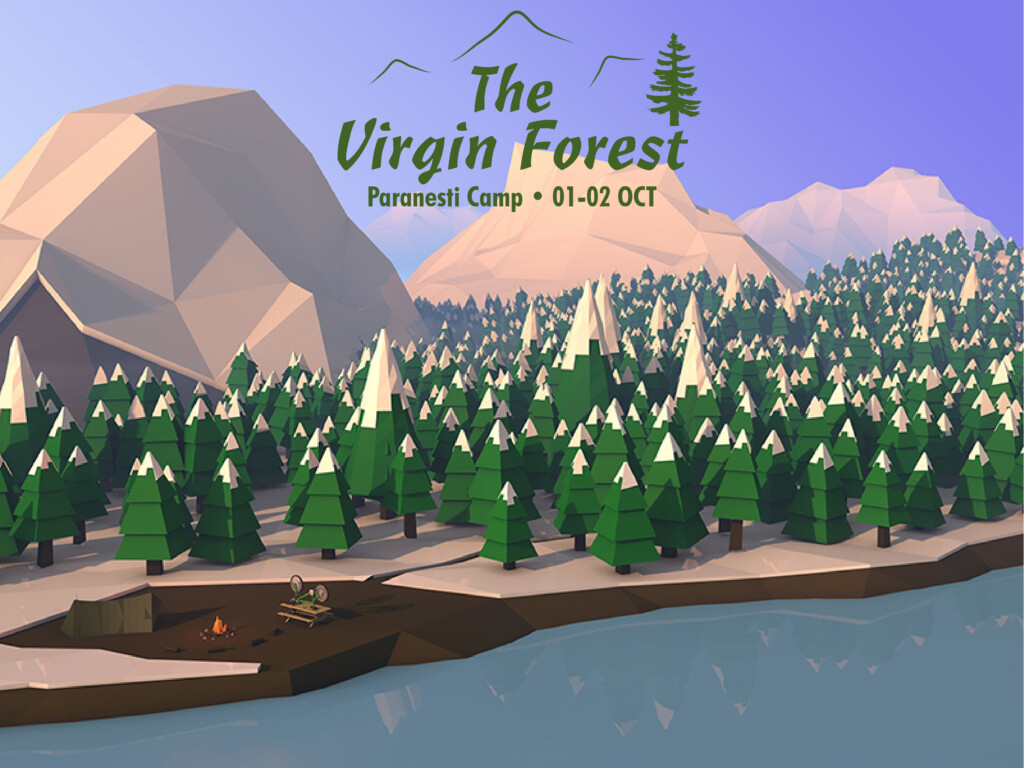 Not sure about your level?
Find out there: (Your Level)

Paranesti! The picturesque and beautiful town that is full of vegetation and beauties. The place is a pole of attraction for nature lovers and walkers.

In Paranesti there are two of the most important biotopes in Greece: the Frakto Forest and the Virgin Forest of Paranesti. Since 1980 both biotopes have been declared as listed monuments of Natural Wealth.

Nestos and the tributaries

Dozens of small and large tributaries of Nestos cross Paranesti, creating a unique natural landscape: Diavolorema, Farasinou stream, Achladorema, Arkoudorema, the Perivleptos stream are the most famous of them.

The Virgin Forest of Fraktos is the wildest forest in our country and is one of the few, remaining, undisturbed forest ecosystems in Europe. There is some confusion regarding the names of the region. The Fractos Virgin Forest is a part of the Fractos Forest, which in turn is a part of the Fractos Forest Complex. The area of ​​the latter reaches 119,352 acres, while the area of ​​the Virgin Forest reaches 5,892 acres. It is also called the Virgin Forest of Paranesti, while its earlier name was Zagrandenia, which, like its current name, means the blocked place. Indeed, the forest stretches across a basin blocked by peaks to the north, and the only way out of it is to the south. It is located in the northeast of the prefecture of Drama, right on the border with Bulgaria and is part of a mountainous region with the highest peak being Deliboska at 1,953 meters. Other peaks are Ypsoma (1,873 m), Lykolakka (1,850 m), Kapsalaki (1,829 m), Rahi (1,817 m), Makroulos (1,752 m) and Mnima Paraskeva (1,640 m). ). The area is full of streams, the most important being Achladorema, Lykolakkas stream, Vagelina stream and Stenorema. In Frakto is the Haradra of the Wild Goat, which is an important habitat for the wild goats, as well as the beautiful waterfalls of the Achladorema. The Virgin Forest of Fraktos has been declared a Protected Natural Monument since 1980, due to its great phytogeographical, ecological and historical value.

Travelling as a group of friends? Contact us to create your own private Camp.

Lately, the Southeast part of the Rhodope Mountains has started to gain ground in our preferences. The truth is that until today we were active only in the western part, holding two camps in the last years in Elatia or Kara Dere.

The Rhodope Mountains are the richest center of monuments of the megalithic civilization in the Balkan Peninsula. Their lowland and hilly appearance, characterized by active volcanic activity, was a seabed tens of millions of years ago. After the water receded, the sun and the wind intervened and completed the uniqueness of the relief. Today, among the fragmented wide valleys, there are many strange cliffs and gorges, crater ridges and petrified forests. The Thracian people have left their mysterious traces on many of these amazing natural resources in the form of rock niches, sanctuaries, caves, tombs and fortresses.

Paranesti Camp is part of our series of tours and the last camp of this year, which aims to take us to steep and inaccessible areas, gorges, caves and plateaus, where we can still find unexplored rocky places, ancient trails and settlements, arched stone bridges and impressive natural forms preserved to this day in the "Wild Rhodope".

If there are participants traveling from far away they have the option to attend and spend the night at the camp site one day before the scheduled date. Our team will be on site no later than 7:00 PM.

Those riders who do NOT choose to attend one day before either because they do not wish or are not able to do so, the mandatory arrival time is set from Saturday and is 12:00 am.

15:00: Area evaluation and suggestions for improvement